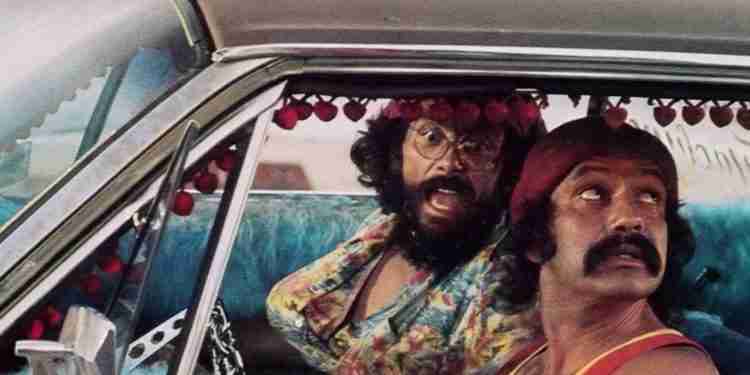 14 of the Best Movies to Watch When High

Weed makes any movie better, sometimes more than it has any right to be. Below is a list of films that are unlikely to be listed together but are surprisingly weed-friendly. Random plots, bright aesthetics, and juvenile humor can help these films take on a new psychoactive reputation. 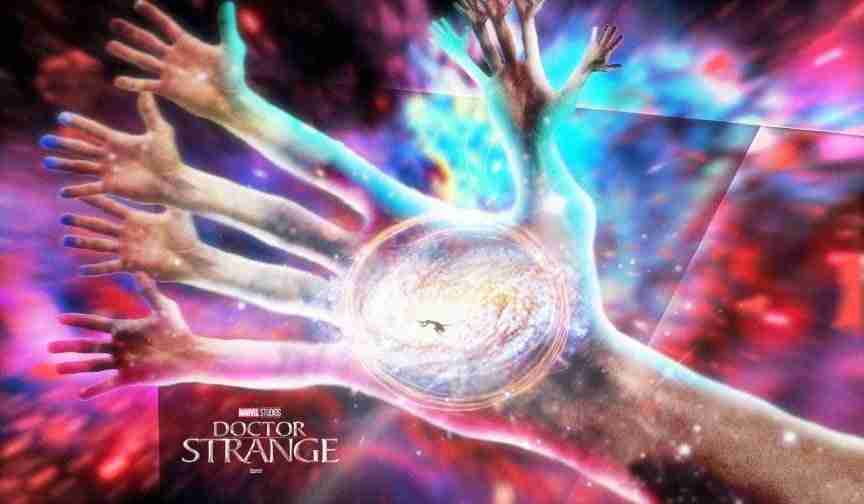 “Doctor Strange” is a trippy, psychedelics-friendly movie from MCU that can definitely help you get that highly-coveted “out of body” experience.

We join Dr. Strange (Benedict Cumberbatch) on his journey from being a renowned surgeon to being the all-powerful Sorcerer Supreme of the mystic arts. One of the best sequences that will let us ride that high is the introduction of the Ancient One (Tilda Swinton), where our good doctor was instructed to open his eye as he traveled throughout the cosmos.

Factor in the incredible visuals of alternate realms, conjured energy fields, extra-dimensional foes, plus distorted cosmic landscapes, and this is a movie that will seriously get you all trippy. 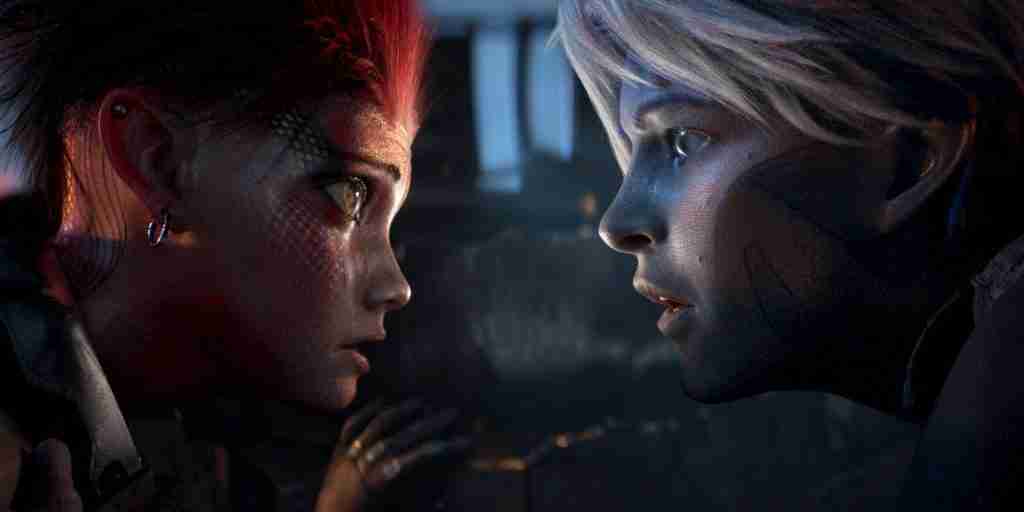 This is one of those movies that you have to watch when your nostalgia cravings get off the charts. An escapist fantasy based on a book, “Ready Player One” references your favorite icons of 1980s pop culture in a futuristic setting.

The adventure revolves around Wade Watts (Tye Sheridan) and his friends trying to find the ultimate easter egg in one of the most spectacular versions of virtual reality video games. Explore multiple mind-bending sceneries throughout their journey as they solve the challenges and fight for their lives while jumping between worlds.

Without a doubt, watching this will make you feel like a kid again. 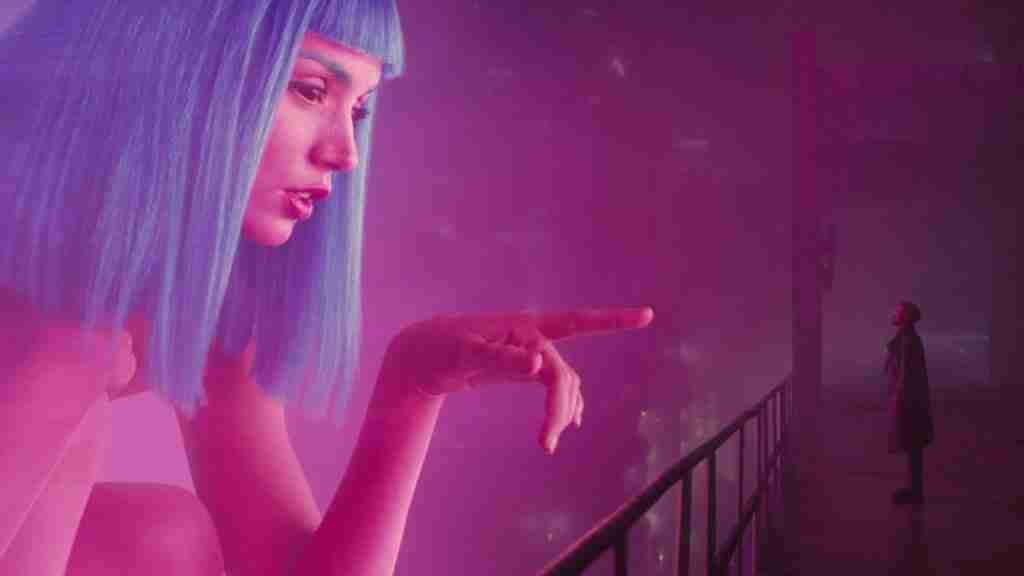 Then there’s “Blade Runner 2049”, which is in a league of its own. The movie is one of the most anticipated sequels to have dawned upon the cyberpunk culture.

The contrasting colors of the neon-filled avant-garde metropolis provide eye-gasmic cinematography, which is a sight to behold. Follow Officer K (Ryan Gosling) as he solves a mystery and eliminates a natural-born replicant.

I highly recommend watching this on a kick-ass sound system turned up to 11. This way, you hear the atmospheric, electronic, and ambient sound of the future. 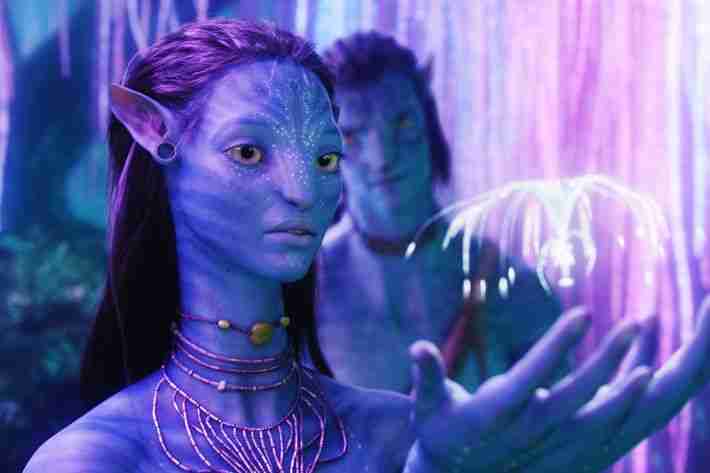 Originally released in 2009, “Avatar” is a sci-fi epic directed by James Cameron that was an instant hit. Join Jake Sully (Sam Worthington) and Grace (Sigourney Weaver) as they infiltrate and eventually defend the native tribe of Na vi’ on the planet of Pandora against corporate greed.

It’s one of the movies where being baked enhances the bizarre visuals of the characters and the deep colors of the setting. It features spiritual and environmental themes such as the clash of nature and technology.

These are some of the reasons why this film beat Titanic as the top-selling globally released movie of all time. 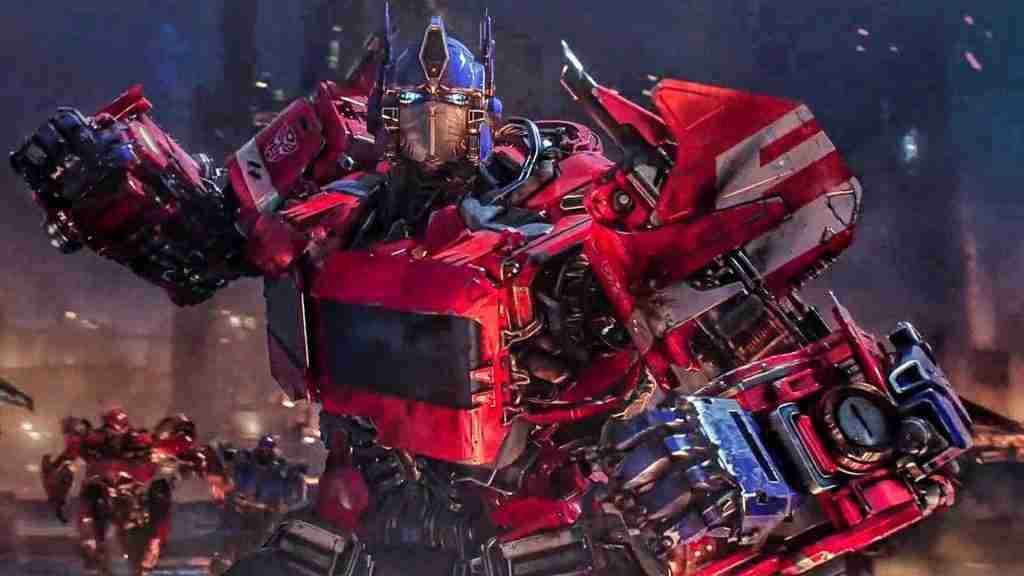 The first entry to the infamous movie series directed by Michael Bay called “Transformers” is worth mentioning here. Watch Sam Witwicky (Shia LaBeouf) and Mikaela Banes (Megan Fox) survive explosive set-pieces as they help settle the fate of humanity when Earth is caught between the war of the good Autobots and the bad Decepticons.

You will feel like a kid again when you see the robots’ elaborate transformations and hear the incredible sound effects during their epic fights. The unique visual effects from how the robots interact with the world and the loud explosions bring back memories of smashing these Hasbro toys together.

Just sit back, stay high, and relax to enjoy the dumb plot and action scenes from this movie. 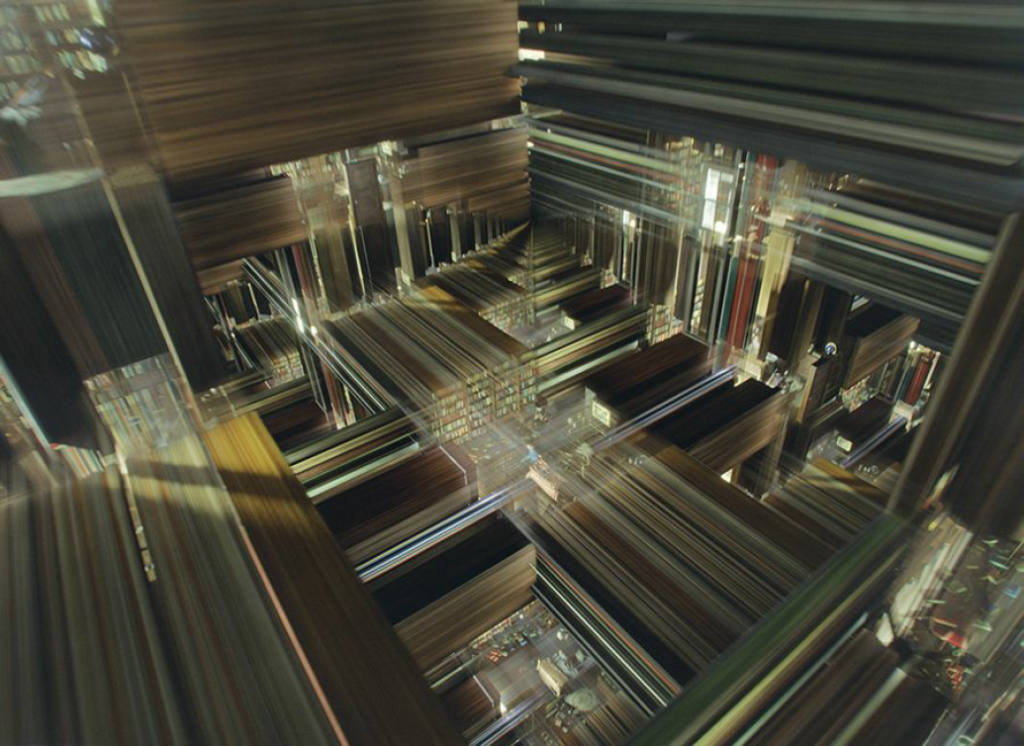 “Interstellar” is another incredible entry to Christopher Nolan’s fantastic filmography. Two leading astronauts, Cooper (Matthew McConaughey) and Brand (Anne Hathaway) are launched into space thousands of light-years away. Their mission is to search for another home as Earth is slowly turning inhabitable.

We even got to see this amazing planet that has massive waves caused by a black hole. The sensation you feel when watching this intense scene will keep you on the edge of your seat.

The amazing effects as the cast race against time before being engulfed by a huge wave and enter the fifth dimension will surely bring you to new highs in this film. 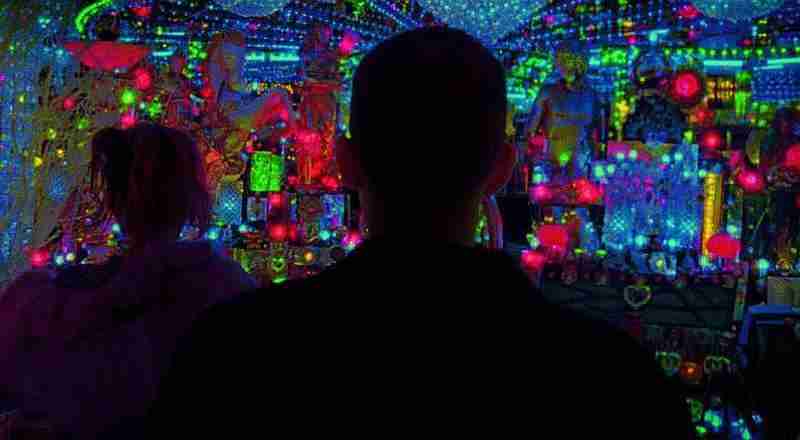 “Enter the Void” will make the whole psychedelic trip easily accessible for anyone. It follows Oscar (Nathaniel Brown), who works as a drug dealer in the neon-filled Tokyo underground. When he’s killed after a drug deal gone wrong, we join the psychedelic journey of his soul traveling through life after death and watch the repercussions of his untimely demise.

This out-of-body experience brings about stories of trauma and the central theme of emptiness from a tragic life. Just be careful of the strobe lights and the graphic portrayals if it disturbs you.

The extraordinary cinematography during the first-person scenes, along with the visuals as Oscar transitions between moments in his life, will take you to places and thoughts you would not usually contemplate on. 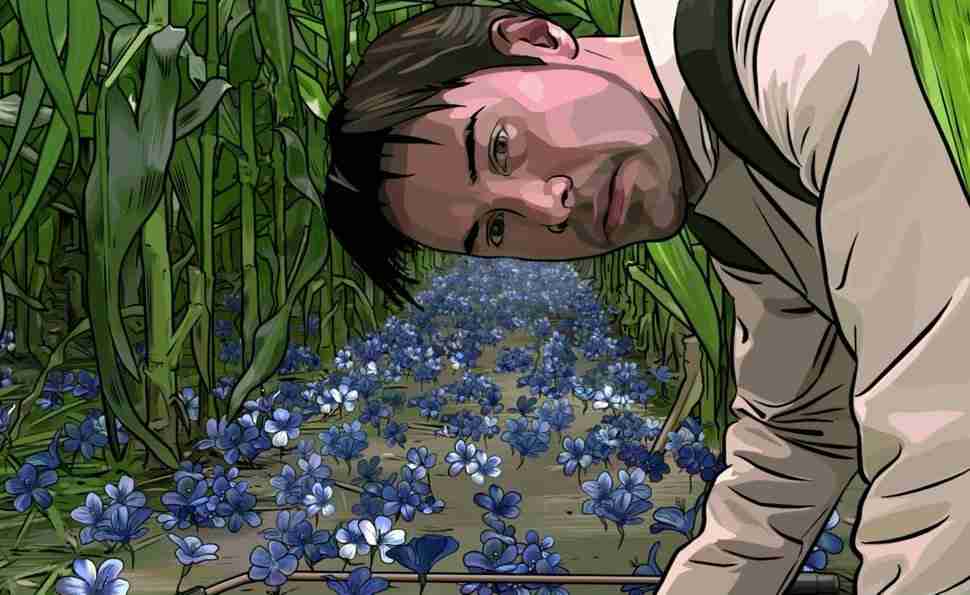 “A Scanner Darkly” is a film set in an oppressive society of the near future. An undercover detective, Bob Arctor (Keanu Reeves), has to infiltrate a small group of users to reach a distributor of a brain-damaging drug.

The rotoscope animation in this film will be a refreshing experience. Characters flow like liquids against the trippy background giving its hypnotic visual appeal.

The hallucinations experienced by Bob in this film will open up your imagination. 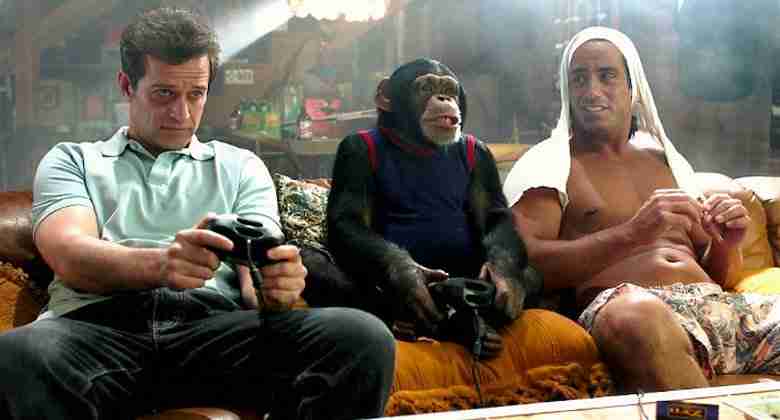 Alex (Allen Covert) has to find a new place to live in after his roommate, Josh (Jonathan Loughran), spent all their rent money on hookers. He was eventually forced to live with his Grandma following an “encounter” with a friend’s mom after spending a night in their house.

“Grandma’s Boy” is a cult classic among stoner movies, involving comedy that is raw and somewhat childish. Moments like the “encounter” I mentioned are what drives this juvenile entertainment.

With its feverish drug humor, you even get to see a monkey drive in one of its scenes! 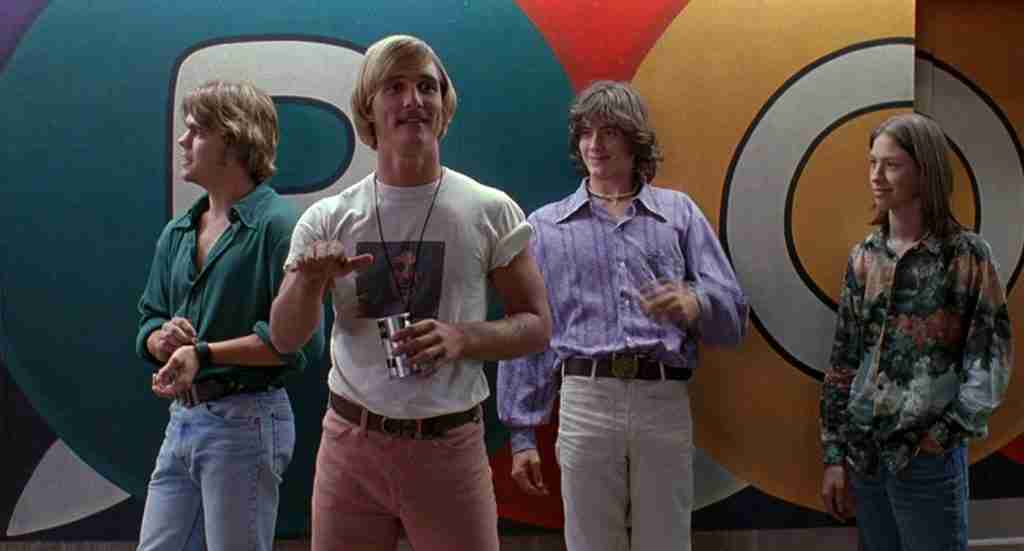 “Dazed and Confused” follows a coming-of-age story of some teenagers celebrating their last day in high school in the late 80s. We join Randall “Pink” Floyd (Jason London) as he joins certain “losers” and gets a taste of what teenage rebellion feels like.

It depicts a somewhat realistic attitude on what high school life was really like with its excellent soundtrack. Seeing the younger version of our favorite actors from this large ensemble brings back memories of our own childhood.

This classic features many quotable quotes about beer and high school girls that you’ve definitely heard of.

“2001: A Space Odyssey” is Stanley Kubrick’s excellently directed work of art that was truly ahead of its time. David Bowman (Keir Dullea) and other scientists have to deal with the ominous and most iconic supercomputer AI, H.A.L. 9000, while they travel in space to Jupiter as they attempt to discover the origins of a mysterious artifact.

The amazing set pieces, cinematography, and direction will make you want to fly up into space and enjoy a limitless view of the stars. Moreover, the excellent lighting and color themes help you understand the emotions of the scenes.

The sudden shift of the lights and visuals at the end makes even the soberest person feel like they’re entering hyperdrive.

The comedy duo Tim Heidecker and Eric Wareheim, famous from the “Tim and Eric Awesome Show, Great Job!” show in Adult Swim, stars as themselves in this weird absurdist stoner movie called “Tim and Eric’s Billion Dollar Movie.” The story begins when a psychotic mogul gives the protagonists a billion dollars to produce a movie and only an unprofitable three-minute one came out of the investment.

Out of fear, Tim and Eric decide to skip town and instead work at a sketchy run-down mall, where they encounter ridiculous situations involving its tenants. Moments like the overdrawn death of one of its zany characters are really pulled from the kind of humor that is best enjoyed when high. 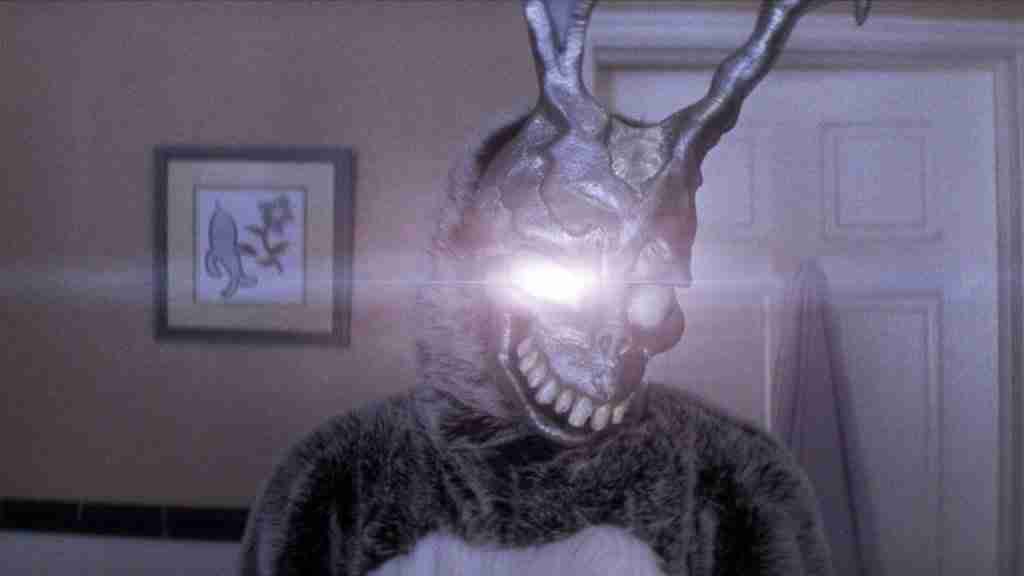 Jake Gyllenhaal’s breakthrough in acting happens in “Donnie Darko” as the titular character in this disorienting movie. After narrowly avoiding a bizarre accident, Donnie is tormented by unreal visions of a man in a rabbit suit that influences him to commit a series of crimes.

The premise gives this cult classic wildly imaginative scenes and jarring shifts in tone. The ideas, images, and emotions will get under your skin even after the credits.

It’s best to watch this film multiple times in order to fully understand how deep the rabbit hole goes. 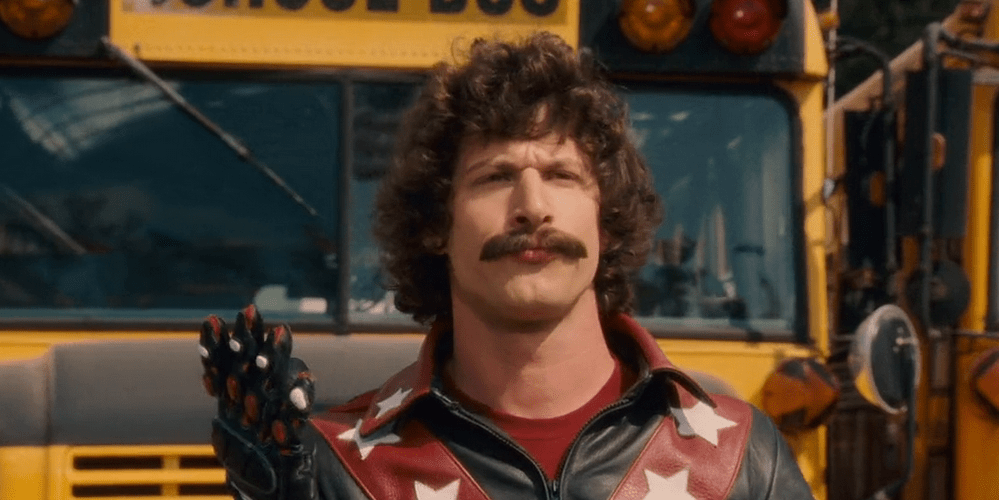 For Rod Kimbe (Andy Samberg), performing stunts is a lifestyle, even if he’s a magnet to accidents. When his jerk of a stepfather falls ill, Rod comes up with the most outrageous stunt to raise funds.

“Hot Rod” is an 80s parody film filled with slapstick humor that satisfies your appetite for anticipating accidents. Scenes like the Footloose-inspired punch dances through the woods resulting in an almost endless tumble down the mountain deserve comical attention.

The outlandish jokes and the manic energy of the cast bring this comedy into cult classic status.