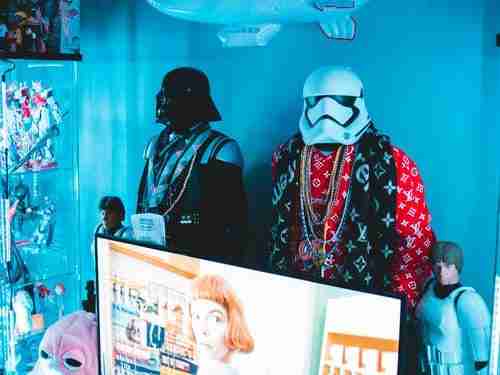 Are you high as a kite? If you’re into watching TV after a good smoke, we got you. We know you’ve got different trips. Sometimes you just want a good laugh. Other days, you like to think about life and its meaning. Whatever it may be, continue living the high life and read on for some of the best shows to watch. 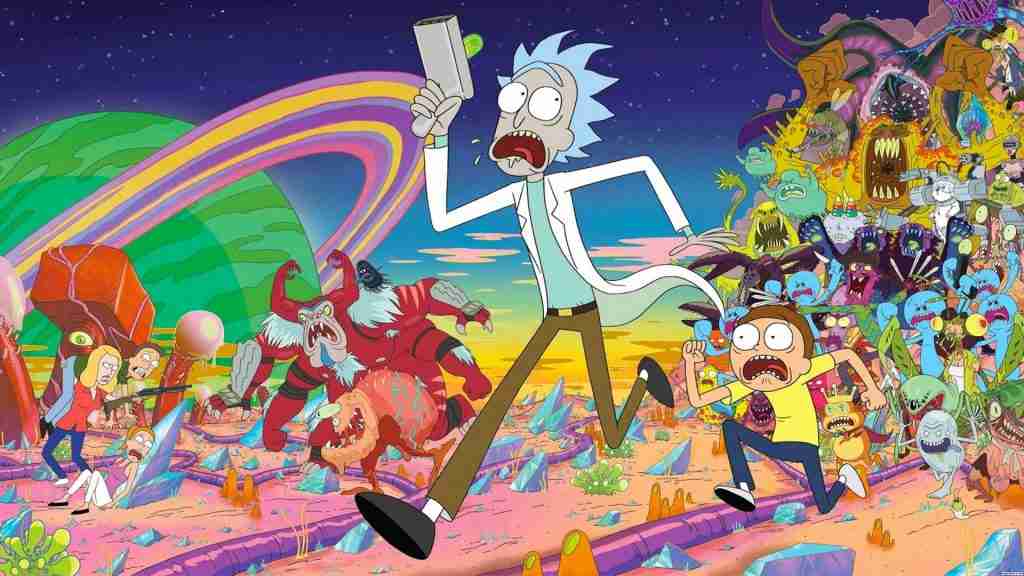 This grandfather and son duo star in one of the best shows around. From the creators of Community, Dan Harmon and Justin Roiland, Rick & Morty is a usual go-to for stoners. Aside from the iconic plotlines and the trippy visuals, their conversations are very interesting. There is a right balance between tragedy and humor. This is perfect for the times you’re already racing to contemplate different things. Sometimes, they’re just downright funny, but they can quickly shift the conversation to philosophy and life in general.

When Rick and Morty aren’t traveling to different realities, they’re tackling their personal and relationship issues within the family. It’s something that suddenly hits you unexpectedly while you’re baked.

One of the best things this show did was to bring back that famous Szechuan sauce. Now, won’t you like sauce with those nuggets for your munchies? 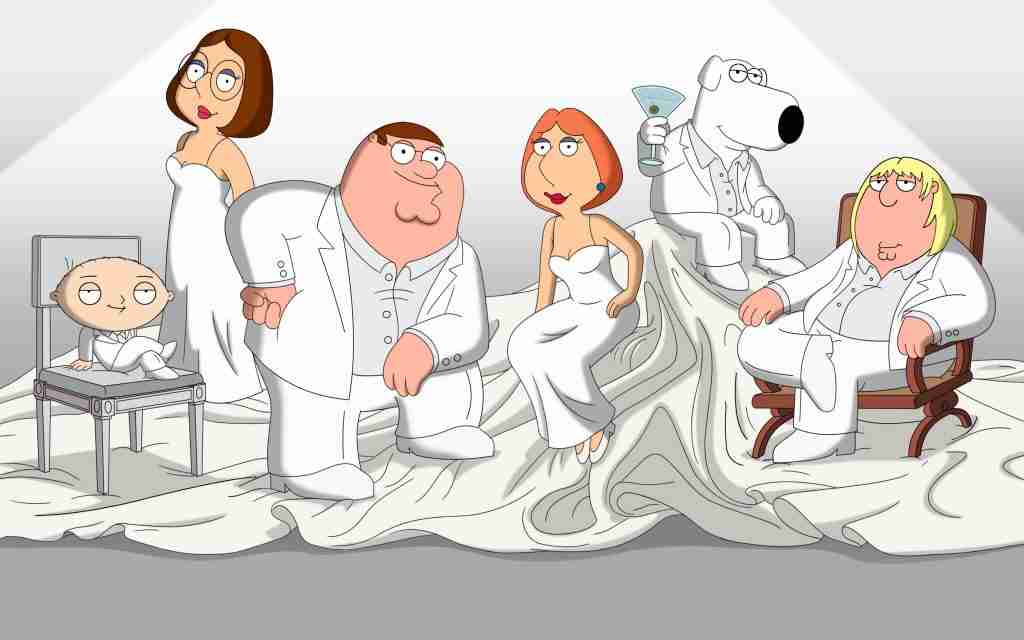 “Family Guy” is set in a middle-class household in the US. This is one of the few shows deeply tied to stoner culture. Remember that extremely calm and joyful protagonist, Peter Griffin meme swimming with a dolphin? Who in his right mind would befriend and talk to a dolphin?

One of the most entertaining episodes to watch high is Episode 420, wherein weed is campaigned for legalization. Brian (Seth MacFarlane), the family dog, gets busted for weed. Together with Stewie, the baby, they then promote marijuana use with a musical number, “Everything’s better with a bag of weed!” It is certainly true and funny to watch. Family Guy is the show to check out if you want a good time.

Need a laugh after getting baked? Give this a try. The nonsensical jokes and stupidly funny comedy are what will hook you. 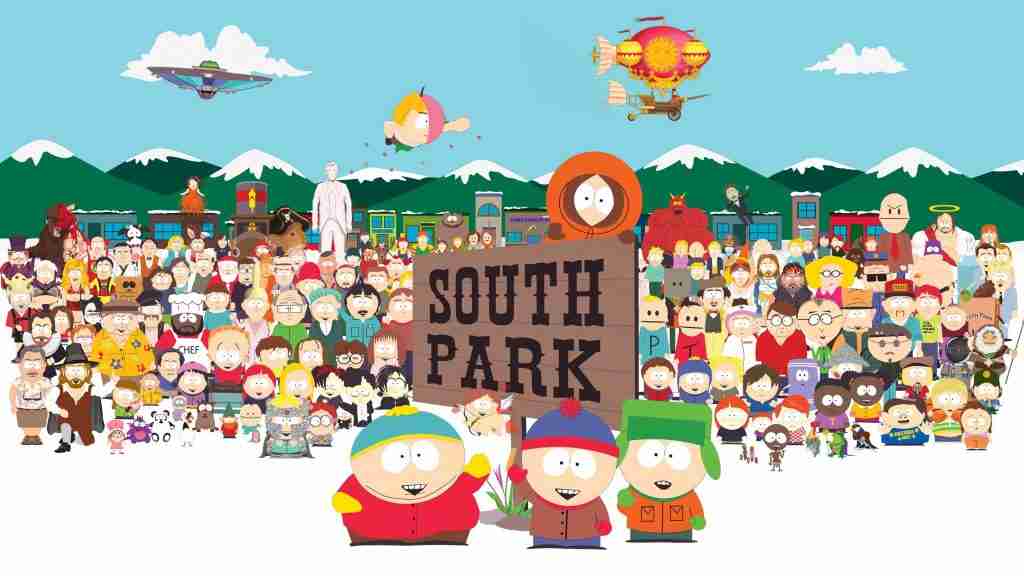 The animated sitcom, “South Park” follows the life of four foul-mouthed friends, namely Stan, Kyle, Eric, and Kenny. Their lives revolve inside the town of South Park. Make no mistake about it how their daily lives go from mundane to bizarre.

The series, which has gained cult status, is politically and socially relevant, mixing comedy and pop culture with subtle references and shade. Whether it is Cartman’s insults, Randy’s antics, or Butters Stotch’s gullibility, you will be entertained.

Psychic tendencies are a reason why South Park is so popular, not just for stoners but for everyone in general. The show has predicted former President Trump’s tweets, Pokemon Go’s rise in popularity, and PC (politically correct) culture. If you want a good laugh, watch the episodes on Tegridy Farms, Unfulfilled, the Pandemic, and Vaccination specials. 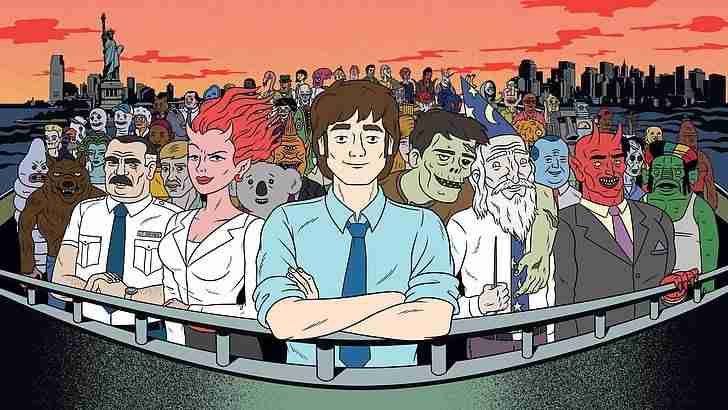 To say that Mark Lily is a social worker is an understatement. “Ugly American” tackles the story of Mark, a Department of Integration employee, who helps citizens in New York assimilate themselves into a world where zombies, monsters, and demons are the norm.

This animated horror-comedy is both quirky and intelligent. You’ll be tripped out with the magic tricks of mild-mannered and upbeat Mark while admiring the old-school style of animation resembling comics of the 50s. Meanwhile, characters such as Randall, Mark’s roommate, and Callie, Mark’s on-and-off girlfriend, are there to bring in some fun interactions and dynamics within the cast.

Critical reception was mixed during the time this was released. You’ll have to see for yourself to know. 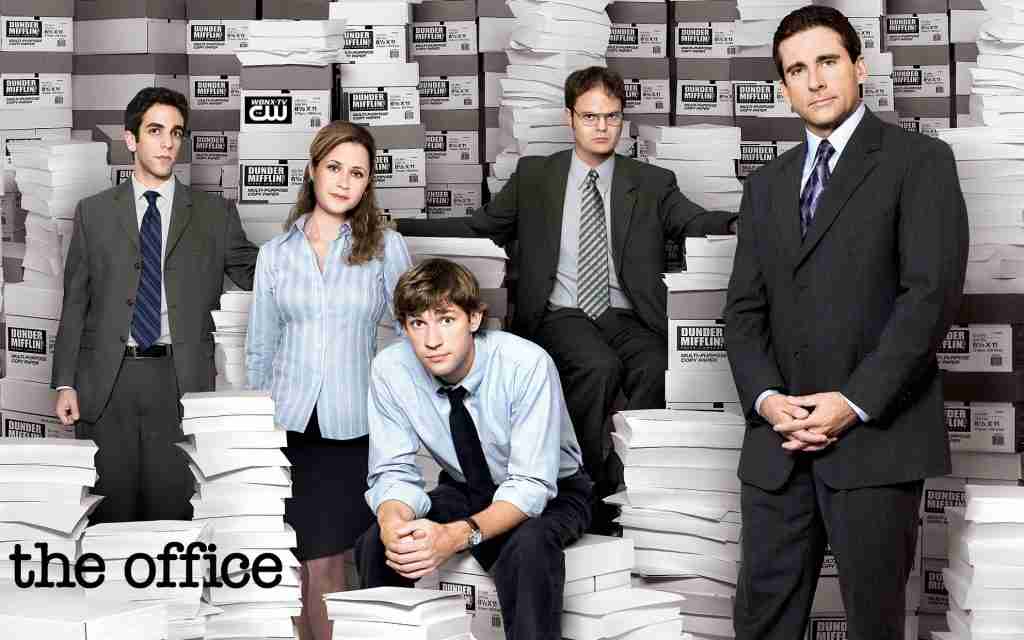 “The Office” is a mockumentary sitcom depicting the everyday work lives of office workers under their odd boss, Michael Scott, played by comedian Steve Carell. Carell is a natural at playing the boss whose only skill, it seems, is to be a masterful salesman. He is so absurd that he once made a color graph of how he spends his time which is mostly distracting others. The plot is very comical and relatable, especially if you are used to the nine to five grind.

Watch this when the boss is stressing you out too much and you badly want a hit. It will make you remember that we are, but small specks in the ever-expanding cosmos and that life is too short to take seriously. 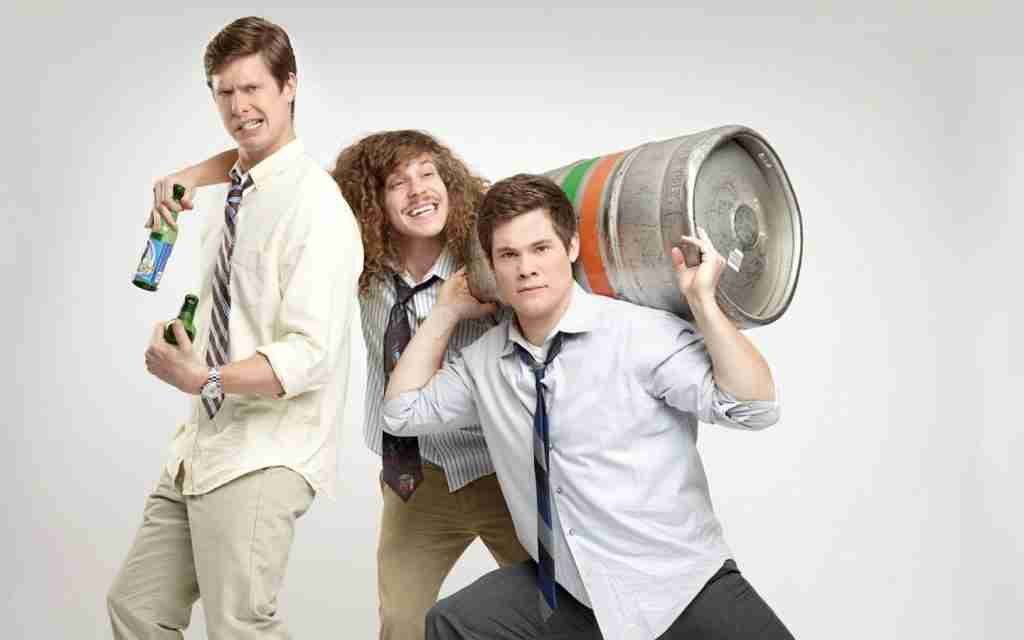 “Workaholics” is a sitcom where three roommates fresh out of college work together as telemarketers. The premise is that Blake (Blake Anderson), Adam (Adam DeVine), and Anders (Anders Holmvik) continue their old ways of partying, boozing, and pranking from college to their not-so-professional adult life. It’s easy to see why you’d want to watch this high.

The humor is simply insane and crude. Their antics range from smoking weed in gas masks to tripping acid with their boss. They even celebrate getting a raise by getting baked. The show will entertain and endear you with Adam DeVine’s usual, juvenile brand of humor. If (or when) you get baked and suddenly miss being immature with your friends from your younger years, give this a shot. 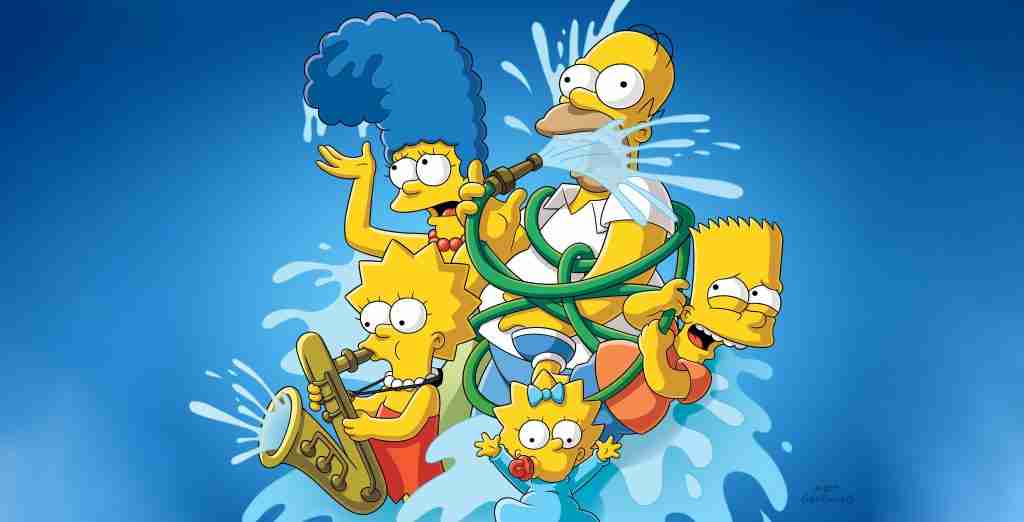 The classic, animated sitcom everybody seems to love, “The Simpsons”, follows a middle-class, dysfunctional family living in Springfield. Their everyday life is both funny and, at times, disturbingly honest.

A person who took LSD and binge-watched the show for 48 hours expressed his analysis of the main characters and why they feel unappreciated, something we can all relate to. According to him, the protagonists all feel overlooked for different reasons. People focus on Bart’s flaws. Lisa gets ignored despite being reasonable and smart. Marge is written off as a nag when she’s concerned. Homer has broken dreams. And Maggie is often neglected.

When you look deeply inside yourself, you realize that you are all characters in one way or another. This show will hit you where it matters, like that joint, perhaps in ways that’s more than what you bargained for.

The state-of-the-art and high-definition imagery of “Planet Earth” is a sight to see when you’re high and desire to be in awe of the planet’s natural wonders. Whether it is by David Attenborough for the British version or by Sigourney Weaver for the US version, both the narration is calming and clear.

This documentary is another go-to for stoners as it makes you wonder about nature and life. How can life be so beautiful and so cruel at the same time? Why do bad things happen to innocent life forms? Sit back, relax and let Planet Earth lead you through the beautiful home we call earth. 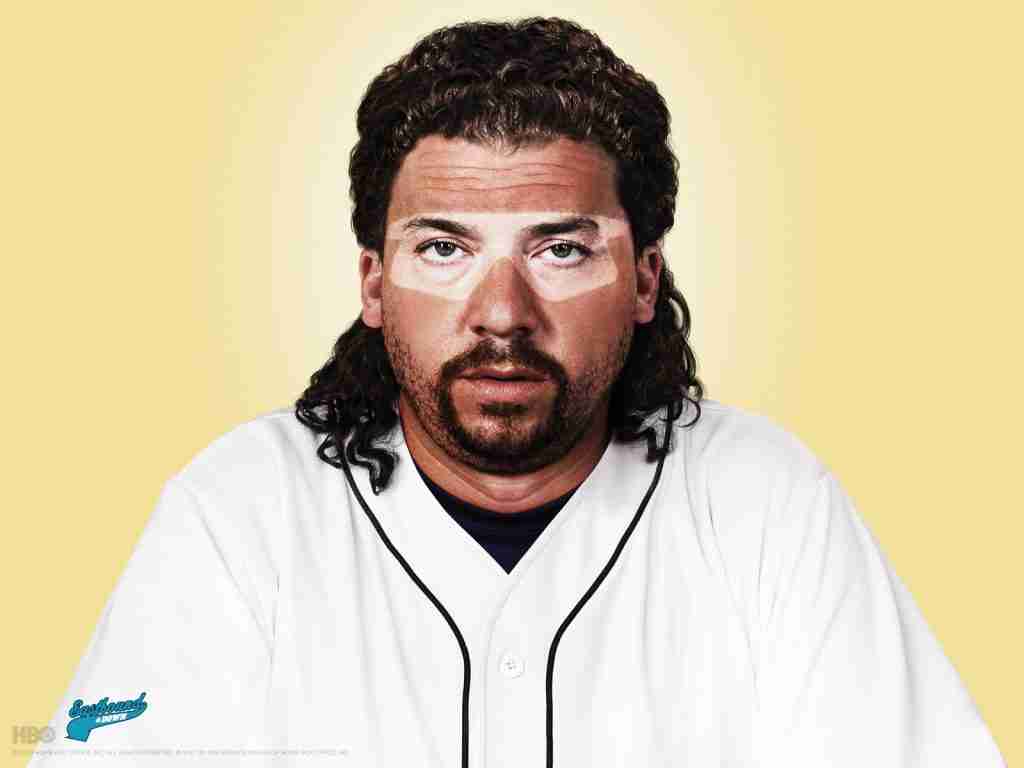 Produced by Will Ferrell and Adam McKay, “Eastbound and Down” is about Kenny Powers (Danny McBride), a former pro baseball player now stuck in his hometown and crashing in his brother’s house. He is planning an unlikely return to the major leagues filled with drugs, strippers, and a stint as a gym teacher. His ego is too big to see his faults, comparable to someone hallucinating. Instead of working hard, he continues to go in a downward spiral due to his self-absorption, which makes it entertaining, especially when you’re under the influence.

Kenny is a lovable jerk who is amusingly hilarious. He also tries to offend every race, class, and sex. Watch this if you’re into fallen heroes who try to get canceled. 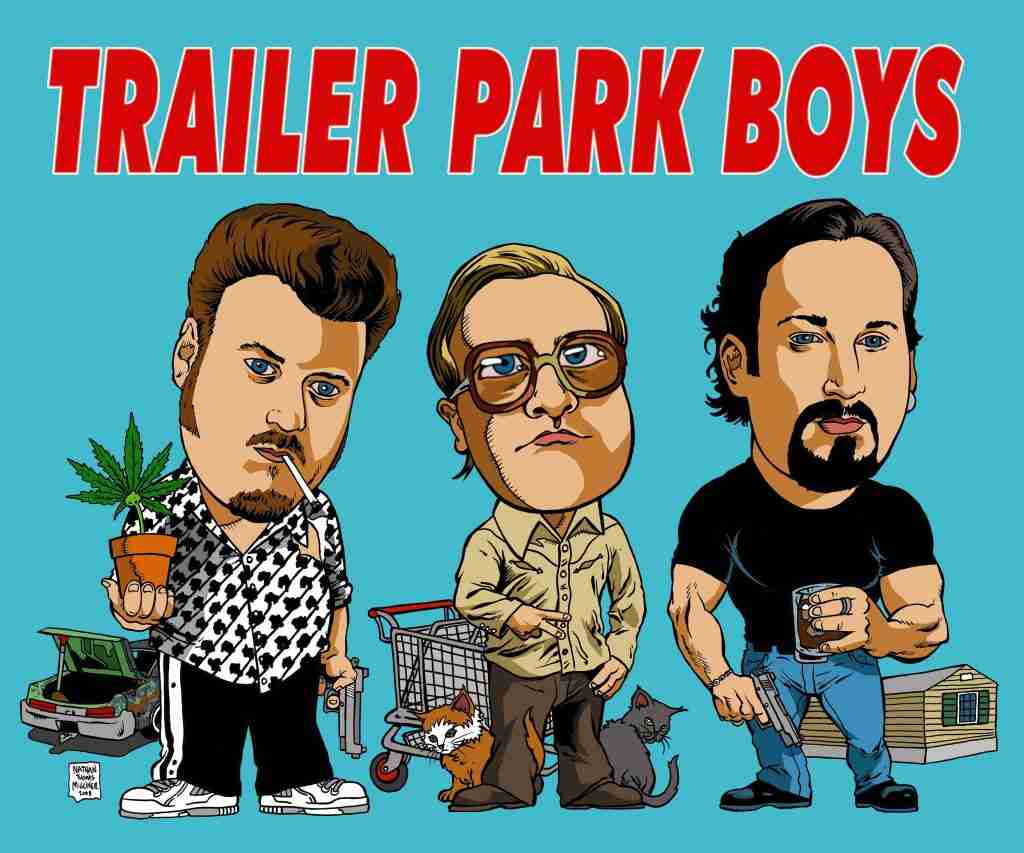 “Trailer Park Boys”, set in Nova Scotia, Canada, is a comedic look into the lives of people under unfavorable conditions who are in a cycle of crime together. This mockumentary revolves around the misadventures of Sunnyvale Trailer Park residents Ricky, Bubbles, and Julian, who try to make money through racketeering. They are constantly in and out of jail as a result. Who would’ve thought of Canada having a marginalized community like this?

The series is low-budget so the dialogue is loosely scripted and shots are taken using handheld camerawork. If your version of entertainment is getting baked and observing the lives of misfits, you’ll enjoy level-headed Julian saving Ricky from getting busted as he grows weed inside his car. 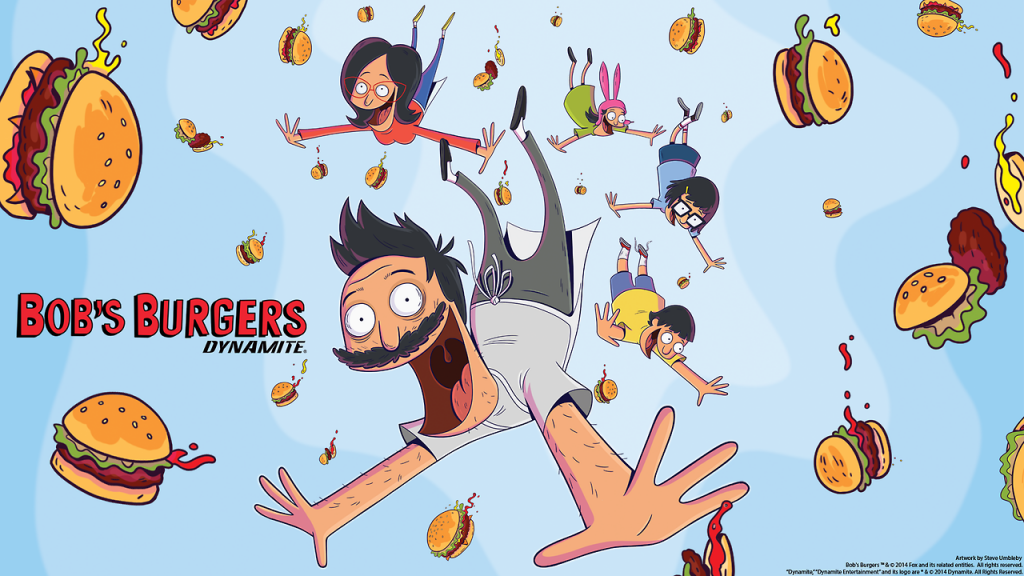 Irreverent but family-friendly, “Bob’s Burgers” is a heart-warming animated comedy to watch if you’re feeling sensitive after getting high. The story follows restaurateur and Bob’s Burgers owner, Bob Belcher, his wife Linda, and their three children. The characters are kooky and easily lovable. Proof of this is Linda, the lovable mom being happy-go-lucky and eccentric.

The animation is quirky as it features characters with big eyes and stout figures, making this a visual pleasure. It is worth mentioning that for some, the series is an acquired taste. A testament to the sitcom’s popularity is the fact that it still runs today. 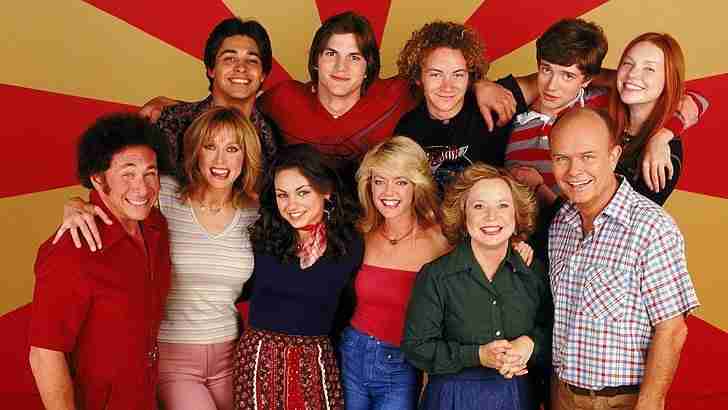 It’s 420 somewhere. Celebrate it by watching “That’s 70s Show”. Marijuana was highly prevalent in the ‘70s, and young Eric Forman (Topher Grace) and his crew went through a groovy time with it. An image you will enjoy is the crew having conversations in the basement behind clouds of smoke.

This sitcom is an ode to your parents’ good old days, albeit not all. The 1970s recession, sexual attitudes, mistrust of the American government, hippies, belly-bottom jeans, heavy drinking, and drug use were some highlights of the decade. Plus, you get to see actors such as Ashton Kutcher and Mila Kunis in their younger years. 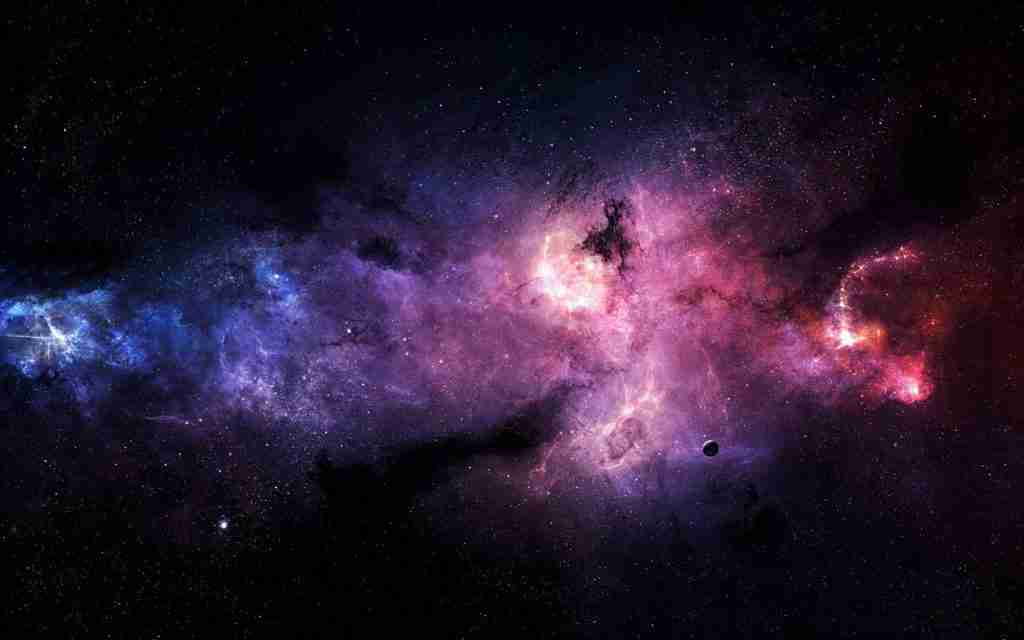 “Cosmos” is a science documentary series presented by the scientist and astrophysicist Neil deGrasse Tyson. It is a follow-up to the 1980s series narrated by Carl Sagan, the inspiration of Tyson. Your baked self will enjoy the storytelling, graphics, and animation. Learning more about topics such as time, space, the universe, light and their relation to each other that form the very fabric of what is around us truly inspires awe.

You need not be under the influence to enhance the experience or to induce feelings of awe and spirituality when watching. Feel free to get baked if that’s your thing, as the scientist believes that your weed should have always been legal in the first place. What a cool guy. 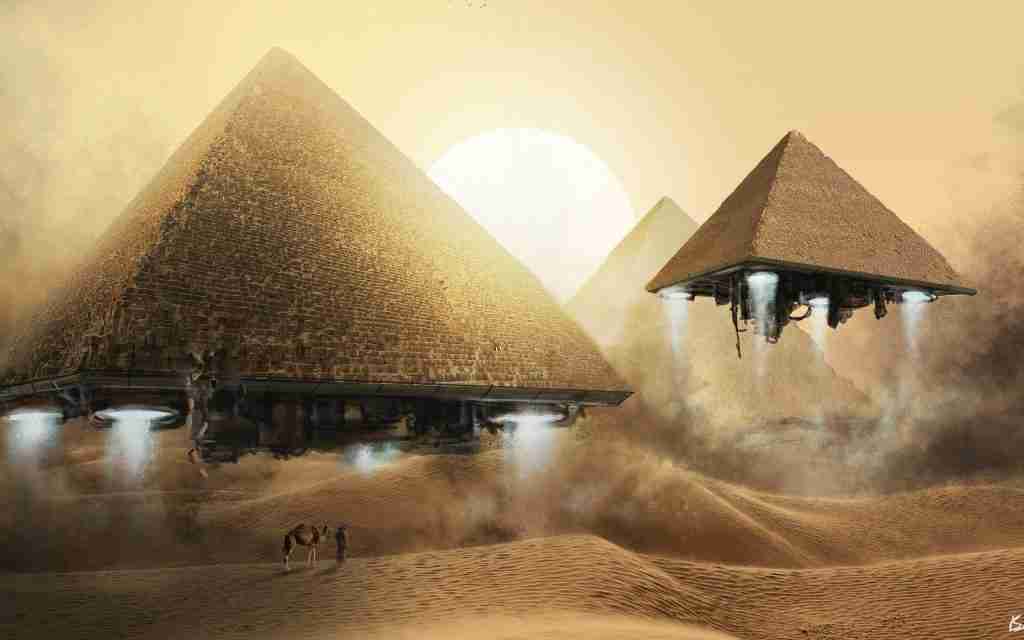 “Ancient Aliens” is another show which was put into the spotlight as a result of a meme. This TV series from History Channel tries to prove evidence of contact between humans and extraterrestrials. Did aliens really visit earth a thousand years ago? You’ll have to watch and judge for yourself.

Although historians and scientific circles widely criticized it for promoting pseudoscience, you’d be hard-pressed not to think about the possibility of life outside earth. The possibilities are endless. Did aliens build the pyramids? Are the UFO hotspots true? How can we be the only lifeforms in the universe? These make the show such a guilty pleasure to watch. Remember to light up one before watching to enhance the experience. 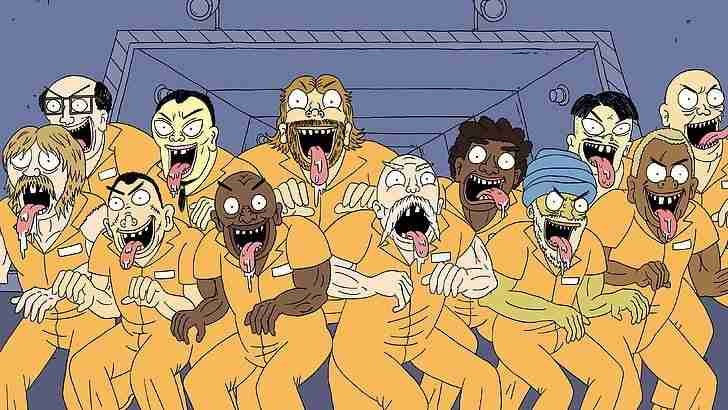 “Superjail” is an adult animated series set in the world’s largest and most brutal prison located under a volcano. “The Warden”, a seemingly friendly psychopath, oversees everything in prison and uses magical powers to satisfy all his desires. This results in an ultra-violent and megalomaniacal dystopia. Blood and gore are normal sights to see in this bizarre series.

The art is very crude and psychedelic, making it a visual high unlike any other. The animation will somehow remind you of Midnight Gospel and The Ren and Stimpy Show.

Consider this a warning to only watch it when you’re sure you have a good trip. It can be disturbing at times.