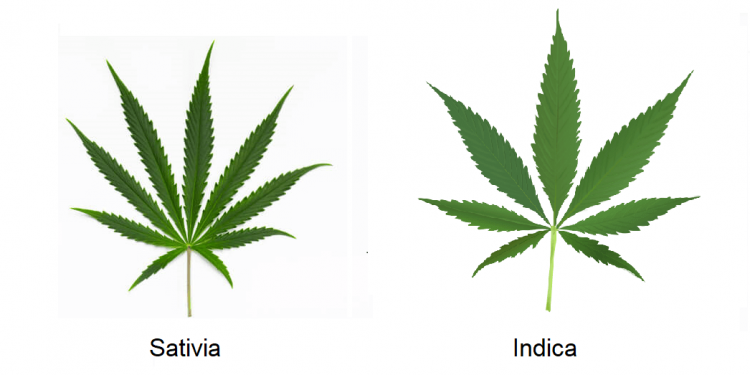 Sativa vs Indica: What’s the difference?

by Better When High
in Blog, Indica, Sativa, Strains
0
Share on FacebookShare on TwitterShare on RedditPin it

Cannabis is widely accepted as having two main species: cannabis sativa and cannabis indica. But you might be asking yourself, “what’s the difference between indica and sativa?” Both strains are thought to have different effects and are often used for different purposes. In this article we take a look at both sativa and indica to see what the differences are and what effects are expected from both.

In the 18th century the terms sativa and indica were introduced to describe two different species of cannabis.

In 1785, a French biologist named Jean-Baptiste Lamarck named cannabis indica after discovering certain marijuana plants in India had psychoactive properties and could be made into hash. The name was given to help distinguish Indian cannabis from European hemp, which had no mind-altering effects. During the 1800s it was also recognised as therapeutic in Western medicine.

The term sativa was named by Carl Linneaus to describe European and Western Eurasia hemp plants which were cultivated for their seeds and fiber.

Today both terms are used to help organise thousands of strains of cannabis that are in the market. As a result the terms have shifted in order to help distinguish between a wide variety of types.

Indica, today, describes a cannabis plant with broad leaves. It is thought to have a sedating calming effect to those who consume it.

Sativa refers to the narrow leaf variety plants of cannabis that have energising effects to those who consume it.

What we now refer to as hemp is what the term sativa was originally used for. Hemp is just hemp and harvested for its fibre, seeds and CBD.

Differences Between Sativa and Indica

Although this isn’t info you will need when buying bud – it can be useful for growing and generally be handy to know. There are tell tale signs to know whether a plant is a sativa or indica.

Sativas tend to grow tall and have slender leaves. Sativa plants originated from regions where it rends to be very humid – equatorial climates. As a result they grow tall to prevent mould. Their height becomes more noticeable during the flowering stage and outside will grow up to 20 feet tall.

Indica plants, on the other hand, originate from dry places such as the Middle East. As a result they are shorter in height than sativas. They tend to grow about 3-4 feet tall. They are also wider and bushier to make up for the lack of height.

Indicas also have shorter flowering periods than sativas, to avoid mould. Indica plants do not do well in humid conditions so will produce sooner to cope. This tends to be a good thing for growers as it means quicker yield.

Indicas usually flower within 8-12 weeks whereas sativas take 10-16 weeks to flower. Indica plants usually make around 1.5 to 2.5 ounces of bud per plant, while sativa makes around 3 ounces to 1 pound per plant.

Most strains tend to be hybrid these days. A hybrid plant will have features from both types of plants – so an inbetween version of the sativa and indica leaves.

The difference between indica and sativa buds are that the Sativa buds tend to be less dense than Indicas, so it will look like you have got more for your money if it’s a sativa. Ever looked at a bag and thought that you’d been given more than you thought you should be? Then it is likely to be a sativa. Sativa buds will also look taller and thinner.

Indica buds are heavier and denser. You may feel a little ripped off looking at the tiny amount of bud your money managed to get you – if that’s the case its probably an indica.

A lot of strains these days tend to be hybrid, so the likelihood is you will see a range of different sizes and weights depending on how much it is a sativa or how much it is an indica. If its predominantly dense and small than it is more likely an indica, if wispy and thinner, then sativa it is.

As a result of these differences, indica became trendy and more popular. Their buds simply look better. Indicas also tend to be better for growing too.

Indica strains are associated with calming, sedative effect. Indicas give you the “stoned” effect – sleepy, relaxed and like you couldn’t leave the sofa.

Indicas can cause a loosening sensation of the body, which reinforces the relaxed effect and the ability to stay on the sofa for the rest of your life.

You also tend to experience heightened senses (a “high”) when listening to music, eating or touching different textures.

Sativa, on the other hand, is usually associated with feelings of energy and motivation. Sativa’s pretty much give you the opposite effect of indica strains.

Sativa is great for taking when you want to boost your creativity and mental focus. It can really help you be more productive and help you overcome fatigue – like the mid-afternoon dip many of us experience during our working day.

Sativas also tend to be associated with the giggles but also give you the ability to carry on a conversation and be social. 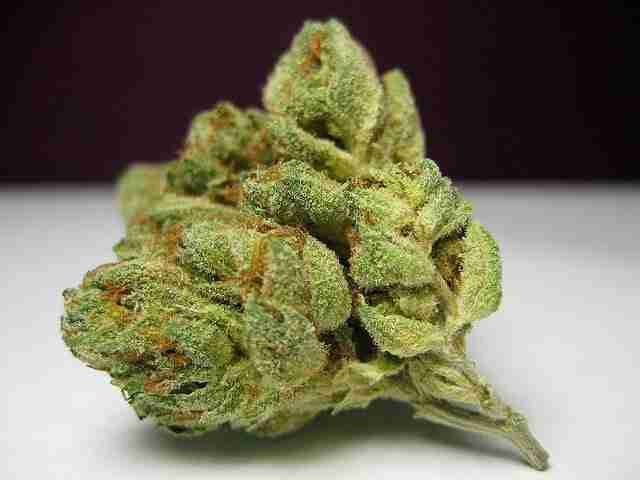 To further complicate things, the cannabis world is crowded by hybrids. Hybrids are a cross between a sativa and indica. Uusally it can give you the best qualities or each.

There are 3 different hybrid types to consider:

Most strains in the medical world are hybrids. In fact, you will rarely find a purely sativa or purely indica strain.

It’s not just about sativa vs indica…

As a result classifying cannabis based on sativa and indica isn’t enough if you want to know exactly how your strain is going to affect you.

In fact, judging a strain’s effects by basing it on whether it is a sativa or indica is too simplistic and definitely won’t be very helpful if you are dealing with a hybrid, let alone whether its a 100% indica or 100% sativa.

“There are biochemically distinct strains of Cannabis, but the sativa/indica distinction as commonly applied in the lay literature is total nonsense and an exercise in futility. One cannot in any way currently guess the biochemical content of a given Cannabis plant based on its height, branching, or leaf morphology.” Dr Ethan Russo

What this means is that not all sativas will be energising, while not all indicas will calm you. In fact judging the effects you will experience from your bud based on an assumption of it being a sativa or indicia may leave you disappointed or utterly wrong.

You have probably experienced for yourself this too when a strain you have had hasn’t quite been what you expected.

If Indica vs. Sativa Isn’t Predictive of Effects, What Is?

Firstly, it makes sense to note that we are all individual and will experience different strains similarly but differently. How we experience can also be changed by our environment, circumstances at the time and how we are feeling too.

Having said that, we can get a pretty good gauge of effects by looking at two specific things more closely: terpenes and cannabinoids.

The role of Cannabinoids 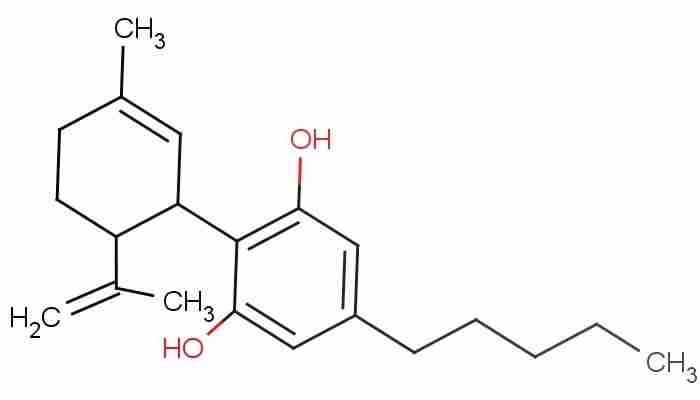 Cannabinoids are one part of the puzzle when it comes to how a strain will effect you. There are over 100 cannabinoids and they all have varying effects on your body.

The two most common cannabinoids are Delta-9 tetrahydrocannabinol (THC) and caanbidiol.
THC is know for its psychoactive properties, while CBD has very little psychoactive effects and creates a more immersive high. CBD can also make some of the effects of THC more tolerable.

Sativa strains also tend to product small amounts of THCV. This cannabinoid is not psychoactive but when mixed with THC creates a clear buzz by slightly blocking memory impairment caused by THC.

Although the look of plant may give you some sort of indication of what common cannabinoid may be dominant in it and therefore what effect you are likely to get; the real magic comes when we factor in terpenes.

Terpenes are the aromatic oils produced by plants. They are the part of the plant you can smell.
If you have ever used essential oils or aromatherapy to relax or boost your energy and mind, then you have a good starting base of understanding exactly why terpenes are so important.

Just like lavender, pine needles, and every other plant, cannabis also has terpenes. They are secreted by the same glands that secrete both THC and CBD.

Cannabis terpenes can make us feel energised or make us feel calmer, just like different aromatherapy oils can do the same. It all depends on which one the cannabis produces.

What we do know though, is that terpenes play a key role in differentiating the effects of different cannabis strains.

At first, it was thought that indica dominant strains were the ones that smelt fruity and sweet while sativa strains were more earthy. However, with the amount of hydrid strains now dominating the market, there are a wide range of effects that your strain could have regardless of whether it is a sativa or indica in appearance.

The smell of your bud can be different every time. Sometimes it may smell like citrus, while other times it may smell like cheese or be more earthy. If it smells like citrus, then it contains the terpene limonene which has a stimulating effect. If it smells like pine needles then it contains the terpene pinene which can boost memory and energy.

If it smells like beer or cloves than it contains myrcene which is also found in hops and has a sedative effect more like how an indica is described. If a strain has more than 50% of myrcene, then you are in for a calming sedative treat. Myrcene is also one of the most present terpenes in cannabis and has been show to increase the effects of THC.

Below are a list of the most common terpenes you may have smelt on your bud.

The above are only a small glance of the terpenes that can be found in cannabis. Some combinations work in synergy while others work against each other – inhibiting effects. So knowing what terpenes are in your strain can help you determine which effects will be blunted or enhanced. It gives a much more accurate picture of what type of high you can expect to feel.

Terpenese have the ability to work alongside cannabinoids in a synergetic or conflicting way. Terpenes can modify the effect that THC will have on you. For example (as mentioned above) myrcene works in synergy with THC enhancing its psychoactive effects.

As a result you can have two strains with the same THC ratio but both smell completely different and thus effect you differently due to the differing terpenes they have.

As well as messing with THC’s effect, they also change how THC passes through the blood brain barrier and potentially influencing your neurotransmitters too.

Terpenes should not be underesimated!

Unfortunately, the only way to determine the amount of terpenes in cannabis is via a lab test.

So when figuring out how your bud will effect you, it is going to take more than whether it is a sativa or indica to know.  If you don’t have the fortune of knowing exactly what is in it by its packaging – the smell and look will give you some indication of what to expect at least.

Know your terpenes and their smells and you will have a much more precise idea of what to expect.

Vaporizers: A Guide To Cannabis Vaporizers

Vaporizers: A Guide To Cannabis Vaporizers

Looking for the Best Grow Tent